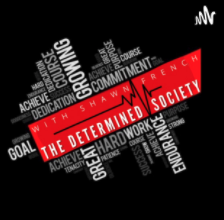 In this episode Shawn French sits down with the Founder of Glencrest Global, John Cerasani. They recount John’s rise in corporate America as a high performing Insurance Broker. Years into his career he realized that no one in this esteemed brokerage was doing half the work he was doing. Meetings were paused and productivity was brought to a halt for inner office birthday parties and it drove him crazy.

John began his own brokerage at his kitchen table shortly after the realizations mentioned above. He didn’t start by chasing down smaller clients. John went after the whales just like he did while being employed by someone else. After a short time period a large private equity group bought his company for 10’s of millions of dollars.

John is now an author of 2000 Percent Raise and has his own podcast launching today!

You can find John on IG at @johncerasani

Send in a voice message: https://anchor.fm/shawn-french/message

Sign up today for motivation delivered right to your inbox!

Book Shawn to be on YOUR podcast

Focus on Improvement and Trust the Process with David Fales